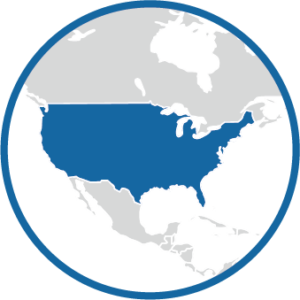 While the United States sees thousands fewer TB cases each year than heavily impacted countries, the overall prevalence has plateaued for the past several years, making TB elimination a formidable challenge without new resources and policies. With the U.S. government as the leading funder of global TB research and programs, ending TB in the U.S. can be a catalytic example of the policies and resources other countries can emulate to help eliminate TB at home. California – at the forefront of TB elimination in the U.S. – stands as an illuminative case study.

California’s TB epidemic peaked with a surge of 5,150 cases in 1993, which served as the impetus for the state’s public health practitioners to pursue innovative policy solutions and programming to address the rising epidemic. As a result of these efforts, California has seen a significant decline in new cases over the years, with the latest low of 2,113 new TB cases in 2019. Despite making remarkable progress with limited resources, TB still persists in the state, and new challenges have arisen. Even with the declining number of cases, the annual incidence rate of 5.4 per 100,000 persons is nearly double the national rate (2.7 per 100,000). Available figures show that 837 people in the state succumbed to active TB disease between 2013 and 2017. With this relatively high burden of TB, public health practitioners estimate an annual societal and economic impact of $200 million. However, California TB controllers continue to rise to the challenge, and if given new resources, are in a pivotal position to drive down new infections further and address a slowing decline in the state’s incidence rate.

What did public health officials and policymakers do to drive TB rates down? The 1993 surge prompted the state to invest $17.4 million to strengthen the response. With this new investment, local TB controllers began making improvements in data and reporting – known as base surveillance measures – with detailed case reporting on TB drug susceptibility and treatment outcomes. This provided the public health department with a clearer roadmap to identify and reach vulnerable populations.

Building upon that initial investment, an innovative and strategic mix of additional funding, research, policies and public health interventions have followed. This has contributed to the dramatic decline in cases, demonstrating the potential of local, state and federal governments to work together in overcoming this disease. California’s achievements were also made possible through a host of other initiatives, including expanding health coverage and protection (TB Med-Cal program); legal reinforcement (Gotch legislation); creating a program to share best practices among providers and linkages for patients (MDR-TB Service); directly funding training centers and providing housing support (Governor’s TB Initiative for Housing and Detention); constant evaluation and quality improvement (Tuberculosis Indicator Project – TIP); and deploying new technologies like rapid molecular testing and a short-course regimen for latent TB infections. California codified these strategies into a layered, comprehensive TB elimination plan in 2016 that outlined the necessary steps to achieve TB elimination in the state, including coordination among the state’s communities, clinics and health departments.

The state’s work on TB has also led to profound transnational innovations in TB research and care. In 1996, California instituted a bi-national TB referral program with Mexico called Cure TB, which connects people with TB to healthcare as they move between the U.S. and other countries. In addition, the University of California San Francisco has developed strong research links with Vietnam that have been crucial in developing game-changing interventions like 3HP, which shortens the length of TB treatment from nine months of daily medicine to 12 once-weekly doses. This groundbreaking transnational research relationship is funded through support from TB Trials Consortium (TBTC), through the CDC’s Division of TB Elimination.

TB Trials Consortium (TBTC): Housed within the U.S. Centers for Disease Control and Prevention (CDC), the TBTC conducts clinical research and is key to strengthening domestic and global campaigns to eliminate TB.

Gotch Legislation: California’s TB control law that requires health facilities to obtain approval before discharging TB patients, based on a written plan for the patient’s post-discharge care and support.

Tuberculosis Indicator Project (TIP): A quality assurance initiative and collaboration between local and state TB partners in California. Under this initiative, local and state staff review program data, identify gaps and implement plans to improve the performance and outcomes of local TB programs.

TB Medi-Cal Program: California’s state Medicaid healthcare program, aimed at covering the healthcare needs of children and adults with limited incomes. California has a TB specific Medi-Cal program for those who might not otherwise qualify for healthcare benefits.